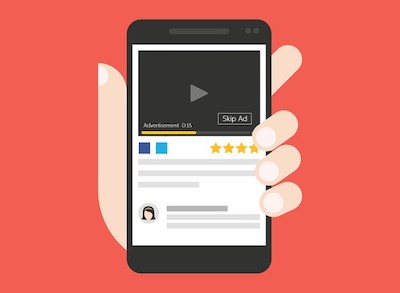 With every new innovation in media technology, marketers must develop new advertising formats that align with the latest ways people consume news and entertainment.

Indeed, as consumers started moving from television to desktop video in the mid 2000s, advertisers quickly learned that the traditional 30-second ad spot was far too long for the short form video people were watching online. In response, they developed the 15-second pre-roll ad. While this format has served advertisers well for some time, the rise of mobile video means that it is time for the format to evolve once more.

After all, today's mobile users generally find 15-second ads to be too long. At a time when consumers are watching more mobile video with each passing quarter, it's simply untenable for marketers to continue serving them ads that they don't like seeing on the screen they use most.

But what should come next? In order to find out, we asked 305 online video viewers and 300 marketing executives about where pre-roll stands today and how it could improve in the years to come. Here's what we learned:

Users hate pre-roll ads, but marketers still use them

One of our most interesting findings was the sharp division between how brands and consumers view pre-roll. 80% of users said they don't like pre-roll ads, but 86% of marketers have indicated that they use them today and 84% will continue to use them in two years time.

In essence, many marketers are still holding on to a remnant of the TV era, even as consumers are saying they'd like something better. For some, it may be the case that they're simply reluctant to deviate from what they've been doing for several decades. Others likely have the desire to deliver a better advertising experience, but they might not know of a superior alternative to the pre-roll unit.

While many marketers would like to satisfy consumer demand for shorter ads, our survey results prove that many of them are still holding on to outdated 15-second spots because they believe them to be more effective.

The In-Image :06 Canvas Video is a serious threat to 15-second pre-roll

In recent months, we've been working to bridge the gap between the mobile consumers who overwhelmingly prefer 6-second video ads and the advertisers who think that 15-second pre-rolls are still the best way to achieve their goals. What we came up with is something we call the In-Image :06 Canvas Video.